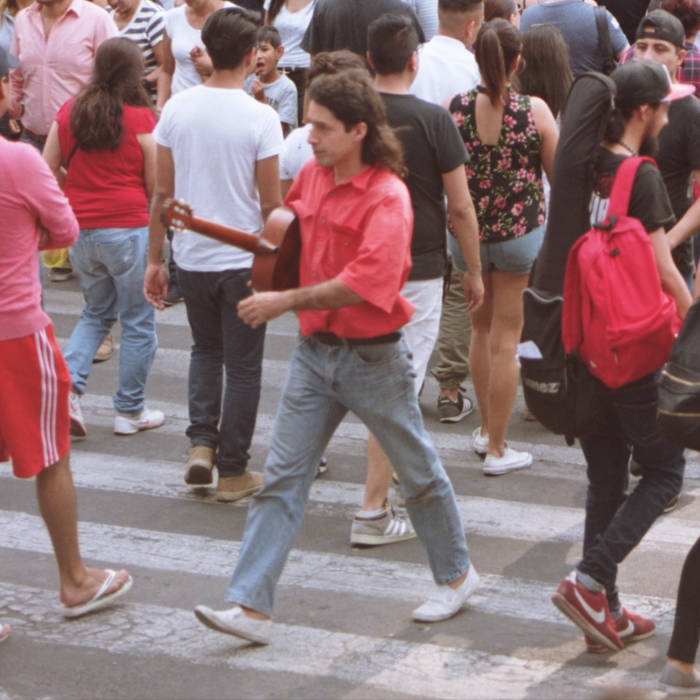 jay wilson La Onda de Juan Pablo made me fall in love with Mexico and Latin America at-large, and these songs are a great complement. thank you thank you a million times thank you

The latest from Juan Wauters is 'Más Canciones de la Onda', a digital EP comprised of five unreleased songs recorded by Wauters as he was traveling South American to write the critically acclaimed La Onda de Juan Pablo. "These songs are not B-sides or outtakes. These are songs I really like. The only reason they didn't make it on the album is because I thought the other ones flowed better together as a whole. In fact, some of these unreleased tracks are among my favorite ones from that time in my life," Juan explains.

On this EP, Juan presents songs recorded in Argentina, Uruguay, Mexico and Chile — each with their own themes. Juan composed the opener "Sentimiento Volador" with childhood friend Marcelo Trias. Both came from households where tango music was ever present during their upbringing. As teens, they would casually play music together; mostly Rolling Stones covers on classical guitars. However, after Juan left Uruguay in 2002, they lost contact. When Juan returned, he ran into Marcelo on the street and they bonded as if time had never passed. Juan learned that his friend played bandoneon – the most significant instrument in tango music – and asked to record a song together. On "Sentimiento Volador," Marcelo improvises while Juan to express appreciation for tango’s musical style thru recitation; the track is a love letter to their fathers and to Buenos Aires — the city across the river from Montevideo, known as the epicenter for tango music.

"Mi Guitarra" was recorded in Mexico City, using two of the country’s popular instruments, the Acordeon and the Bajo Sexto, to tell the story of a person and a guitar that he wishes to have. Bouncing between fantasy and reality, the story’s end is left unclear; as open to interpretation as Juan himself was to the musicians he collaborated with during his travels. This openness meant that not every song is sonically reflective of its region - "Pasarla Bien", the first song Juan recorded on his travels, showcases two musicians Wauters met in Argentina, Diego Rodriguez and Martín Sanchez. Though they are not playing traditionally Argentine instruments, Wauters invited them to play anyway. Jazz vibraphone and an upright bass augment Wauters’ very simple, strong melodies.

After leaving Uruguay in 2002, Wauters never again spent his birthday in his birthplace — until this musical trip. When he returned, Wauters decided to spend his birthday with his city, alone. He wanted to give himself and his city a song that would capture that moment's spirit. Wauters went out early with his guitar and, while walking and stopping to look around, he wrote "Montevideo, 22 de Diciembre, 2017." The song was recorded that same day. It too features Marcelo Trias on Bandoneon and tells a story of two friends. As the two friends walk through their city, they hear a sound and decide to follow it. When they arrive, the song reveals that the sound to be Montevideo's most popular music, candombe, which is itself heard in the field recording that opens the track. The song fittingly closes with the bandoneon, ending Juan's journey right back where he started - at home, making music with friends.

Tropical and transportive tunes with guests Coco Maria and Anchorsong.